List of licensed Commercial Banks, Microfinance and credit institutions in Uganda. Before Uganda‘s independence in 1962, the main banks in Uganda were Barclays (UK based); Grindlays (also UK), Standard Bank (South Africa based) and the Bank of Baroda from India.

The currency was issued by the East African Currency Board, a London-based body. In 1966, the Bank of Uganda (BoU), which controlled the issue of currency and managed foreign exchange reserves, became the central bank and national banking regulator.

The East African Development Bank (EADB), established in 1967, was jointly owned by Uganda, Kenya, and Tanzania.

It was also concerned with development finance. It survived the breakup of the East African Community in 1977 and received a new charter in 1980.

In the 1960s, other commercial banks included local operations of the Bank of Baroda, Barclays Bank, the Bank of India, Grindlays Bank, Standard Chartered Bank, and the Uganda Cooperative Bank.

The Uganda government took majority shares in all commercial banks in 1969 as part of President Obote’s “Move to the Left” policy, this was increased to 100% control when European and Asian business owners were expelled in 1972-75 under President Amin.

During the 1970s and early 1980s, the number of commercial bank branches and services contracted significantly.

Whereas Uganda had 290 commercial bank branches in 1970, by 1987 there were only 84, of which 58 branches were operated by government-owned banks.

This number began to increase slowly the following year, and in 1989 the gradual increase in banking activity signaled growing confidence in Uganda’s economic recovery

This is a list of commercial banks in Uganda

This is a list of regulated “Microfinance Deposit-taking Institutions” in Uganda.

This class includes commercial banks that are authorized to hold checking, savings, and time deposit accounts for individuals and institutions in local and international currencies. Commercial banks are also authorized to buy and sell foreign exchange, issue letters of credit, and make loans to depositors and non-depositors.

This class includes microfinance institutions that are allowed to accept deposits from customers but only in the form of savings accounts. Members of this class of institutions are known as Microfinance Deposit-taking Institutions or MDIs. MDIs are not authorized to offer checking accounts or to trade in foreign currency.[29]

These institutions are not regulated by the BoU. They are not authorized to accept deposits from the public. They may, however, offer loans backed with collateral or without collateral to the public. In 2008, it was estimated that there were over 1,000 such institutions in the country.

Investment banks and stock brokerage firms in Uganda are regulated by the Capital Markets Authority and the various stock exchanges in the country.

There were 18 insurance companies in Uganda in January 2015.

As of March 2016, there were 246 licensed foreign exchange bureaus in the country.

The Uganda Deposit Protection Fund became operational in 1997. It is funded by premiums charged to every licensed deposit-taking financial institution in the country. Each account is protected up to UGX:10 million.[42] The Depositor Insurance Law was enacted by Parliament and states that all depositors must be paid within 90 days of a bank failure and that the failing institution must be sold by the auctioning of its assets within six months of its seizure by the central bank. If the central bank determines that the failed institution will fetch a better economic return, if sold as a whole, then it will re-open under new ownership and management, provided the new owners and managers meet the approval of the BoU.

In 2008, the Bank of Uganda registered Compuscan CRB Ltd, a subsidiary of Compuscan, as the first credit reference bureau in the county.

With improved credit risk assessment afforded by the credit bureau, new products, including medium and long-term financing like car loans and mortgages, have been introduced by most Ugandan commercial banks.

As of April 2014, interest rates that were formerly in the 20 to 30 percent range had dropped to as low as 10 percent for the best customers at some banks.

Based out of Nairobi, Kenya, Metropol has operations in Kenya, Rwanda, Tanzania, and Uganda 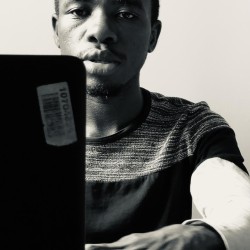